More blatant plagiarism. But this is just too good.

The following (written in black) is a hilarious soliloquy from another profile I came across on the dating website I belong to.  I don't know whether this guy is serious or not, but his vile remarks and twisted descriptions of needs in a partner is genius! What a gem! Warning: this stuff is quite vulgar.
Let’s talk about you. Do you have any self-inflicted burns or scars? Are there multiple restraining orders against you? Did you pierce your tongue with a needle and an ice cube? Do you post videos of yourself masturbating on the Internet? Do you see a shrink twice weekly?

If you answered yes to any of these, then I’m interested. Because I'm looking for a crazy bitch who will wreak havoc on my life.

Me: 27, six foot, lawyer. Recently my dating life has gotten really boring. I seem to attract a specific type of girl: structured, “school smart,” and sexless. Think Dorothy. They say things like “I'll have a shirley temple” and "I was really inspired by Barbara Boxer's recent speech to the judiciary committee" and "Who’s Stanley Kubrick?” Frankly, I’m tired of it.

I want a girl like this. I want to do something I've never done before. For once, I want to date a totally fucking crazy chick.

Our ideal first date would go something like this. We make plans to meet at a bar. You show up forty minutes late. Your eyes are puffy and red. You tell me you’d ran into one of your asshole ex-boyfriends on the street and bitched him out in front of all his stupid friends. You seem very drunk. You order two shots of whiskey and down them both. You excuse yourself. An hour passes. I notice a crowd has gathered out in the street. You return without any shoes, then quickly duck away again when two uniformed police officers arrive and start questioning the bartender. I go to use the men’s room and find you making out with another guy in one of the stalls. I return to the bar and find myself in conversation with a Dorothy seated next to me. She graduated from Pepperdine with a double major in business administration/econ and currently works for Deloitte. Suddenly you’re back, your lips pressed against mine, sticking your tongue down my throat. You turn to Dorothy and tell that cunt to get lost, this man’s spoken for, bitch. We go back to your place and have a threesome with your bisexual roommate Zonofria, who spends her days creating elaborate paintings made entirely out of bodily secretions. The next morning you wake me up because you have to take your son to kindergarten.

In the ensuing months you will slash my tires, tell me you love me, poison my cat, tell me you hate me, and introduce me to David Lynch movies. Your timing will be impeccable; you will always reserve your worst blow-ups for dinners with my family, the office Christmas party, or the night before my big trial. At least once you will make me get out of bed in the middle of the night and come over to your place or else you’re gonna down this entire fucking bottle of Lamictal, like right now and I'm not even joking. We will run into one of your exes nearly every time we go out. You will have an affair with one of them and find a way to blame me.

Shoot me a message if you’re a crazy chick who wants to tear my life to pieces. If you’re wondering about my interests or hobbies, please realize that my only interest once we meet will be managing your unpredictable mood swings and trying to talk you out of putting a brick through my windshield.
What I’m doing with my life
Blocking your phone calls, filing for a restraining order, covering my bruises with concealer.
I’m really good at
Jeopardy
I’m looking for
You should message me if
You're nuts!
Posted by Joy at 5:08 PM 1 comments

Was never a die hard fan of the show, but I watched the first few of seasons of the HBO hit and am slightly intrigued in keeping up with the final season. I'm not going to lie, being an Angeleno, it's quite entertaining to see a loosely based Marky-Mark-type series that shamelessly portrays the ups and downs of a glamorized life in Hollywood.  But when it comes to HBO making mini-episodes gathering actors to comment on the show in retrospect (mainly to stroke egos and instill within viewers how Entourage was some sort of epic show that humans couldn't do without), I'd like to pass.

It's a bit too celebrity-centric for me.  I mean, common, celebrities aren't the say all and be all of this world.

Regardless, I cannot deny that the show has its moments and Ari Gold is undeniably one that you hate to love or love to hate.

On that note, did anyone catch last Sunday's episode? A bit of a shocker at the end there, aye? Anyway, the point of this post was to showcase the wonderful song that followed in the credits after the episode's final scene.  A song by James Blake, "The Wilhelm Scream" is a mixture of wonderful, soothing tonality in his voice and electronic sounds and beats that send your mind soaring.  It was the perfect song to follow such a dramatic scene.

In case you didn't know, now ya know!

But this was too cute not to post.  I stole this from some cute guy I came across while perusing profiles  on a dating website. 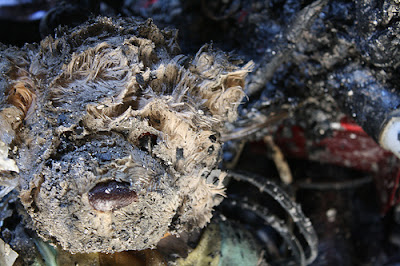 "I used to have many stuffed animals when I was little, including a cool teddy bear with swivel-able arms and legs. One day I was playing with my bear, pretending to cook him in the oven. (Don’t ask.) I forgot him in there; my mother started cooking dinner, and a horrible smell soon permeated the house. Needless to say, she had really cooked my bear! The food was ruined, and of course so was the bear. I cried and cried... But I look back now and laugh at the whole thing. She cooked my bear! He didn’t have a name, but perhaps he is known, in teddy bear heaven, as Burnard."


Now isn't that just about the sweetest thing to write to reel ya in? Gotta love it. :)

Google's tribute to Lucille Ball today is super cute.  Happy 100th Birthday, Lucille! Thanks for all the tummy-achin' laughter. 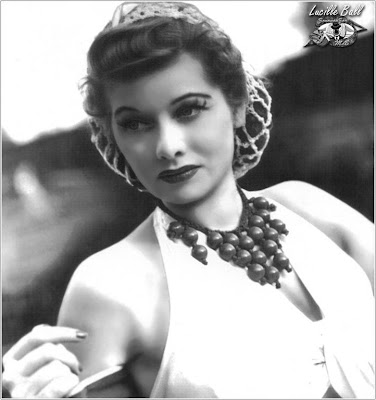 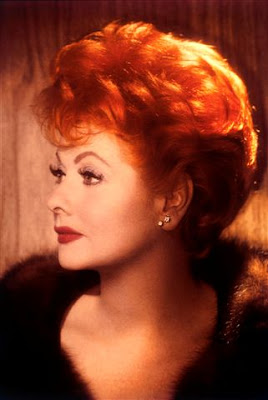